Functionality was critical to the design, with the horizontal architecture designed to facilitate planned future 7,000m2 expansion of laboratory departments into the adjacent Stage 2.

The pathology delivery process has further influenced the design process, which ensures samples being delivered to site and via the basement make their way through internal circulation to corresponding departments on the upper levels. 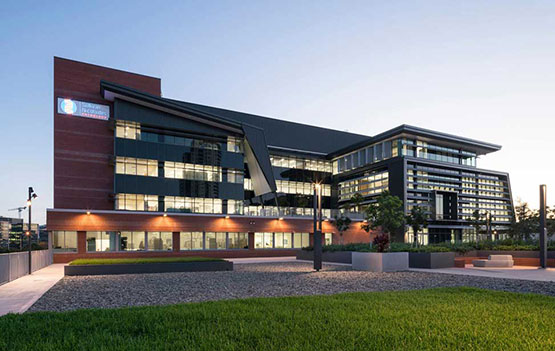